Truth be told, I’m not actually that good with grammar. I certainly don’t consider myself a stickler or anywhere near the level of an expert when it comes to the finer points of the English language.

I often rely on Grammarly, a great extension for Chrome, to avoid the common pitfalls of punctuation, capitalization, and other grammatical fundamentals. Grammar Girl can accomplish the task as well if you’re looking for something a little less techie.

If you want to avoid causing your readers to foam unpleasantly at the mouth, please take a moment to see if you’re guilty of these common writing errors.

Rid Your Writing of These Annoying Grammar Mistakes

1. The Passive versus the Active Voice

I’ve been working hard to rid my writing of the passive voice. My goal is to write more clearly and avoid overly complicated sentences.

If, like me, you’re wondering what the distinction is between the two, here’s the definition:

People of earth, listen up.

This rule is tough for many people to remember. Most of the time, you use an apostrophe to indicate the possessive. However “it’s” is the exception to the rule. The only way to learn the proper usage is to memorize the difference between “it’s” and “its.”

“Its” is possessive as in: Its mane is matted.

According to Grammar Girl, you “can’t count candy, water, or potato salad—so you eat less candy, observe that the lake has less water, and make less potato salad for the next potluck.”

Of course, there are exceptions to the rule (aren’t there always?).

The Chicago Manual of Style advises using “less than” before a plural noun that refers to distance, an amount, or a measure of time: less than 200 kilometers, less than $50, less than 10 weeks.

The present tense rule on how to use “lie” versus “lay” is easy. “Lie” is the verb that means “to recline” and “lay” always requires an object, as in “lay the book on the table.”

Things get tricky and downright impossible in the past tense, since “lay” is the past tense of “lie.” Unless you’re a true grammar nerd, I recommend looking up the proper usage when using these verbs.

I recall laying my keys by the phone

For a thorough discussion of “lay” versus “lie,” read this post from Get It Write Online.

If you missed the class on homonyms, the difference between “they’re,” “their” and “there” may confuse you. Homonyms are words that sound the same when spoken but have very different meanings.

“They’re” is a contraction, with the apostrophe standing in for the missing letter “a.” It means “they are” as in “they’re on the basketball court.”

“Their” is the possessive form of “they” as in “the girls left their jackets in a heap by the door.”

Finally, we use “there” to name a place: I’ve never been there before.

There are all kinds of homonyms in the English language (bale vs. bail; flew vs. flu vs. flue; knight vs. night). “Your” and “you’re” are 2 more common ones some people confuse.

The apostrophe in “you’re” replaces the missing “a” and means “you are”: I think it’s better when you’re not involved.

“Your” is the possessive form for you: Your dog barked all night long

There’s an easy test to make sure you’re using these words correctly. Just remove the other person from the sentence and, if it makes sense, you’re good.

Pass the guacamole to Nancy and I when you’re done.

This sentence is incorrect. Remove “Nancy” and you have:

Pass the guacamole to I when you’re done.

It sounds wrong—and it is. You would never ask someone to pass something to “I.”

Rewrite the sentence using “me” and it’s perfect:

Pass the guacamole to Nancy and me when you’re done.

Bonus tip: “Myself” is only used when you’ve already referred to yourself in a sentence. It’s called a reflexive pronoun (you don’t need to know what it’s called, just how to use it properly). The general rule is you cannot use the pronoun “myself” in a sentence unless the pronoun “I” is used before it.

I kept half the cookies for myself.
I will go to the library myself to check on the magazines.
I see myself in my daughter.

I use a simple trick to remember the difference between these two. Since “affect” is a verb, I use the initials AV (where the “a” stands for “affect” and “v” stands for verb), the abbreviation for audio-visual, to remember which one to use.

If you follow the dos and don’ts of the Chicago Manual of Style, these 2 words will be a piece of cake for you. Just add an “s” to both “do” and “don’t” to make them plural.

In other words, you can write whatever you want . . . but I’m sticking to my Canadian roots on this one.

Of course, if you want to over-complicate things, you can. Feel free HERE.

Be Brief (But Don’t Cut Corners)

Whether you’re writing a blog post, an eBook, or a budget recommendation to your boss, your reader will appreciate a well-crafted document that avoids common—and annoying—mistakes.

Even a casual email to a colleague or a friend is easier to understand when it follows common English grammar rules. Don’t make your readers work to understand your meaning.

It’s okay to be brief, but don’t cut corners when it comes to proper word use, punctuation, and writing style.

Is there a grammar mistake that turns you into a rabid dog? Add your pet peeves to the comments.

Looking for more writing tips, check out the Investment Writing blog by Susan B. Weiner, or this Commonly Misused Words post by Shawna Ohm of Content 151.

Editor’s Note: This article was originally published by Shelley Pringle in December 2018 and has been updated for accuracy and comprehensiveness. 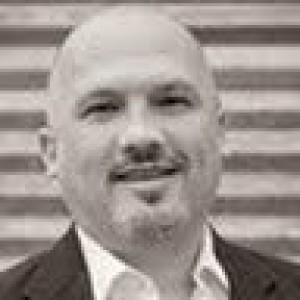 Brent is the owner of Advisor Rankings. He has an MBA in Financial Planning. specializes in SEO, and has been working with Advisors since 2009. In addition to this blog, he has contributed to Search Engine Journal, XY Planning Network, and other industry blogs. He has presented at NAPFA, FinCon, and XYPN.